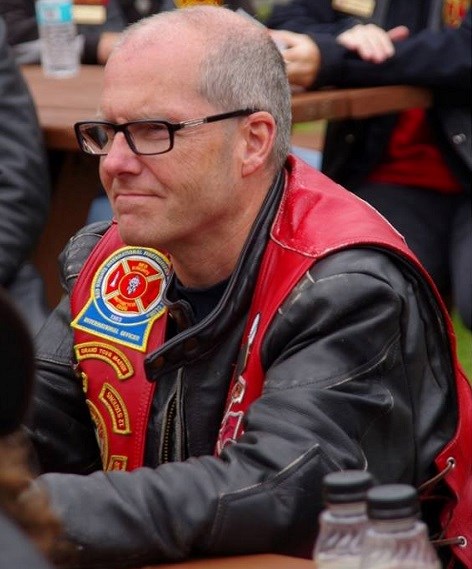 I joined the Red Knights Motorcycle Club in 2006 as a Chartered Member of PEI Chapter 1. From the beginning, I was involved with the executive at the Chapter level, being the first Secretary/Treasurer. I held that positon for the first couple of years and then was elected into the President’s positon in 2008. I am pleased to be able to continue to hold that positon today. In 2001 I organized the creation of the Association 12 – the Atlantic Association. This association Includes all four Atlantic Provinces in Canada; New Brunswick, Nova Scotia, Newfoundland and Prince Edward Island.

I was fortunate to be able to take on the founding president’s role in this association. In 2011, the Director for Region 2 stepped down and I was appointed to that position. Never knowing when to say enough is enough, I also took on the role of Assistant Treasurer while I was Regional Director. In this role, I worked with Leo, providing him support and looking at the systems, and it provided me the opportunity to sit in on the Red Knight Regalia meetings and assist Leo with the business end of Red Knights. In 2014, Leo stepped down as Treasurer and I was appointed to that position.

2014 was a big year for me with the Red Knights when I had the opportunity of a lifetime to host over 500 of our brothers and sisters at the Convention in PEI. For those of you in this club who have not hosted a convention or rally, you really don’t know what you are missing. To have so many of our fellow Red Knights come visit our little piece of the world was an experience that cannot be duplicated.

Although I went from Treasurer to President in my Chapter, I am very confident you will not see my name on a ballot for President of our International Club, I guess sometimes I do know when enough is enough. I am very comfortable in the Treasurer’s role, it’s the sort of thing I have worked on my entire life. I hold a Masters of Business Administration and the professional accounting designation of Chartered Professional Accountant (CPA) and have most recently held positions of CFO of a Health Authority, Manager of Finance for my City, and Manager of Tax Administration and Compliance for my Province.