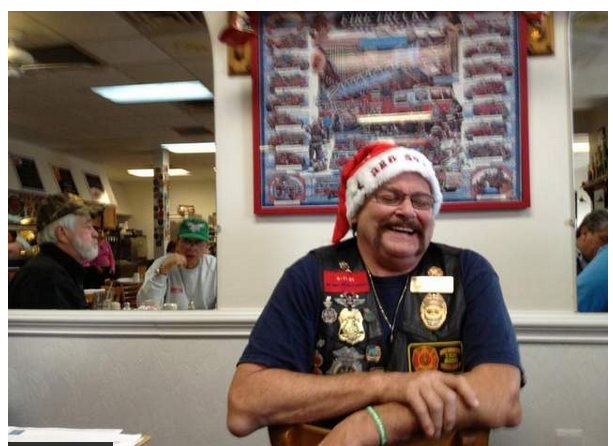 They just get together to find ways to give money away, said Monica Tartufo, who co-owns Countryside Cafe with her husband, John. We use the restaurant for a lot of community service.

That morning, the nonprofit group of active and retired firefighters was in the midst of their 10th Annual Adopt-a-Family Soup Sale, which runs through Dec. 21. This year, the sale benefits Operation We Care, a Salisbury-based charity that ships packages to troops overseas and supports families of the deployed. The restaurant is selling quarts of soup and biscuits for $10, including Ham and Bean, Chicken Noodle and Vegetable Beef.

The bikers are a very charitable group and willing to go the extra step, said Dean Simpson, vice president of the Maryland chapter.

The bikers also presented a $2,000 check for the Delaware Burn Camp, a free weeklong camp benefiting children ages 6 through 18 throughout Delaware, lower Pennsylvania and Marylands Eastern Shore who have suffered serious burn injuries. John Lattomus, a retired administrator from Delawares Fire Marshal Office, established the camp in 2008 with the help of Bayhealth Medical Center nurse Joanne Hutchison, after he visited a burn camp in South Carolina three years earlier. The Delaware Burn Camp welcomed six campers in 2009, but has doubled enrollment since then.

Some of the kids can move forward and understand whats been done, said Hutchison, who serves as the camps president.

While some children have survived injuries involving a fire, many more have been scalded. The camp offers them an opportunity to bond with other children who have similar experiences, while also overcoming any inhibitions from their scars. From morning until night, the children swim, practice archery and horseback riding at Camp Barnes.

The cafe will host two more events for the burn camp on Dec. 21. For five dollars, kids can come to the cafe in their pajamas to enjoy pancakes and hot cocoa with Santa Claus starting at 7 a.m. until 9 a.m. Adults are also encouraged to wear their gaudiest Christmas sweaters for the ugly sweater party beginning at 9 a.m. until 11 a.m. Five dollar donations for the party benefit the camp and a best sweater prize will be given at noon. The cafe will also raffle off a basket worth over $1,600 in gift certificates, apparel and services.